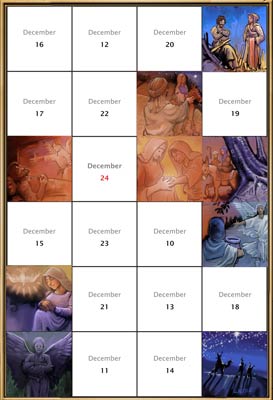 After Jesus was born, Wise Men came to look for Him, probably from an area which is now in either Iraq, Iran, Saudi Arabia or the Yemen. Although they are often called the ‘Three Kings’, the Bible does not say how many there were, or that they were kings. One theory is that they might have been Kings of the Yemen, as during this time the Kings of Yemen were Jews. Three is only a guess because they brought with them three gifts: but however many there were of them, they probably would have had many more servants with them.

They were definitely men of learning. They were certainly men of great learning. The word Magi comes from the greek word ‘magos’ (where the english word ‘magic’ comes from). Magos itself comes from the old persian word ‘Magupati’. This was the title given to priests in a sect of the ancient persian religions such as Zoroastrianism. Today we’d called them astrologers. Back then astronomy and astrology were part of the same overall studies (and ‘science’) and went hand in hand with each other. The magi would have followed the patterns of the stars religiously. They would have also probably been very rich and held high esteem in their own society and by people who weren’t from their country or religion.