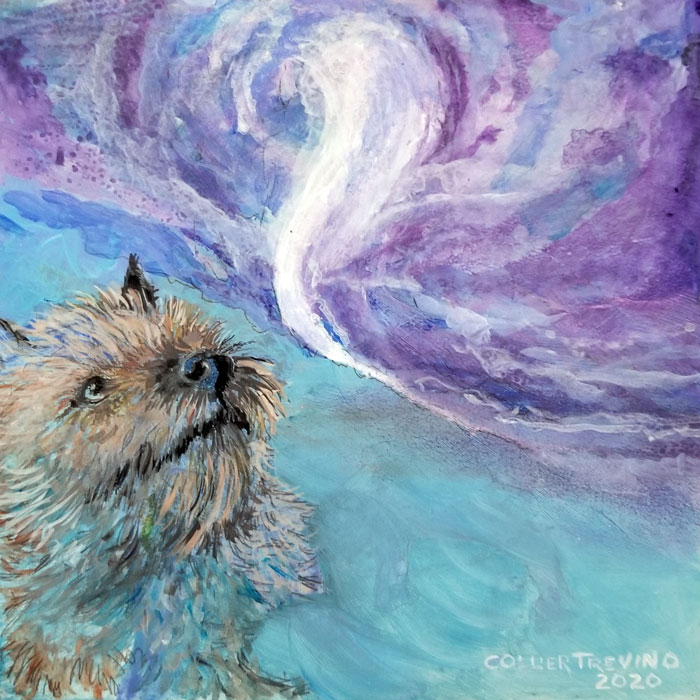 Title: Staring down the F5

Artist Comments:
I was imagining and discarding one idea after another once I knew my tile was blue. I thought I finally had one of a fox hound pack and a grey hunter behind.
Then I watched a PBS American Experience documentary about Mr Tornado.
Japanese American researcher Tetsuya Theodore Fujita, aka Mr. Tornado, created the Fujita scale of tornado intensity and damage and is credited with advancing modern understanding of severe weather phenomena.
That solidified the image of Toto and a swirling tornado which I think represents Kansas well.
Once that idea was in my head, the image came together quickly.
I like that Toto is displaying a typical terrier attitude of fearlessness and stares down the formidable F5.