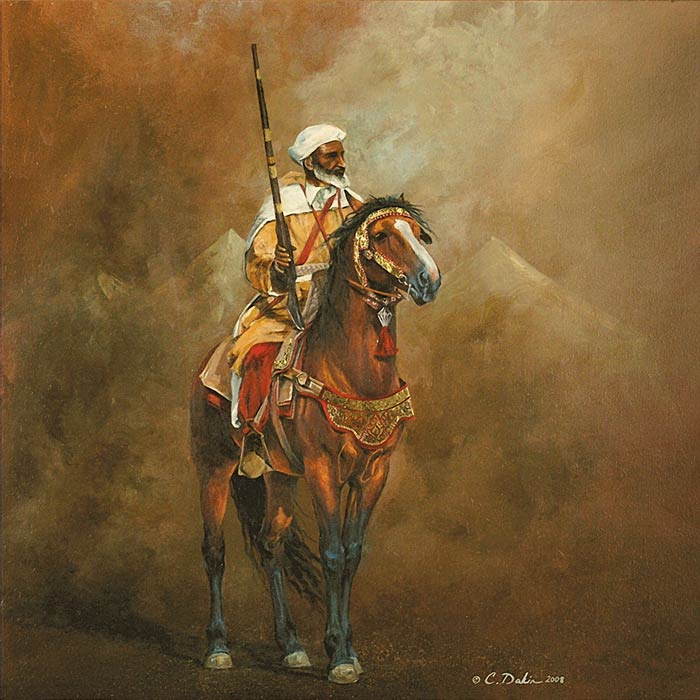 In the regions of Africa north of the Sahara, there is a kind of equestrian performance called “Fantasia, translated as a Game of Gunpowder. It consists of a group of horse riders, wearing traditional clothes and charging along a straight path at the same speed so as to form a line, at the end of the ride (about a two hundred meters) all riders fire in the sky using old gunpowder guns.
There are several explanations for the origin of these games, which are not really games at all but rather mock attacks. The most logical explanation for the origin of these games seems to be military training of the historical warfare method of berber and desert knights. The horse is referred to as fantasia horse and is often the barb, the second of the worlds foundation breeds . The Berbers from North Africa formed a substantial part of the Muslim armies that invaded Spain in the 8th century, and it seems clear that their Barbhorsesplayed a major part in the development of the Spanish horse,the modern version of which is the Andalucian . Nowadays, Fantasia is considered as a cultural art and a form of martial art; it also symbolizes a strong relationship between the man and the horse, as well as an attachment to tradition.
Menu
Facebook-f Instagram Youtube Twitter
Copyright 2021 © All rights Reserved. Mural Mosaic Inc