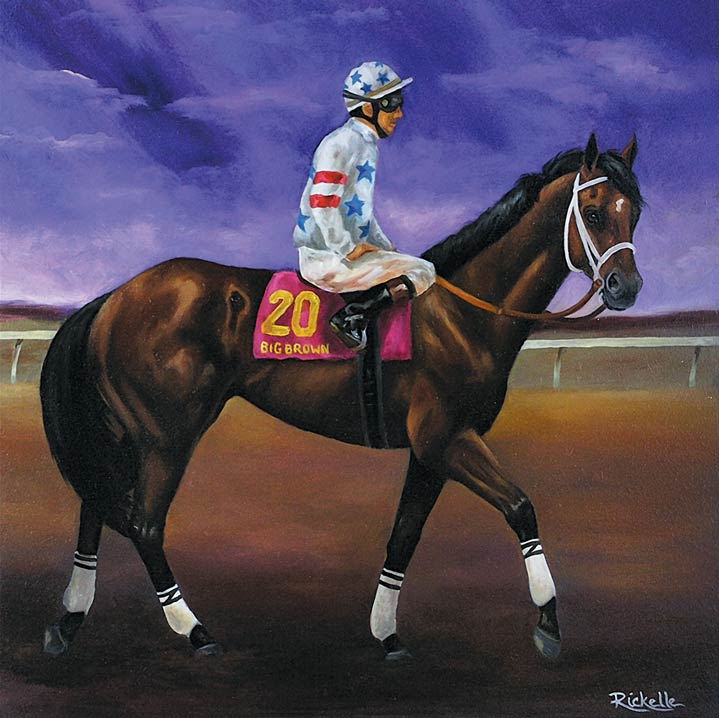 I was fortunate to see Big Brown’s first race as a two-year-old at Saratoga, and that race made me a fan! He was my pick on looks that day and was so impressive in that win. Two-year-olds just don’t win their maiden like that, especially with the kick he had on the turf! So when he was sold and then showed up on the dirt he was just as amazing. With all of his hoof problems and time off, I didn’t think there was much of a chance of his making the triple crown races. But he proved me wrong, and with such a convincing win in the Florida Derby, I had no doubt that he would also take the roses. People doubted his ability, his feet, the distance, and the dreaded post 20. He showed that he was the horse that I thought he was with another beautiful run, leaving me again with the thought, Horses just don’t win like that!