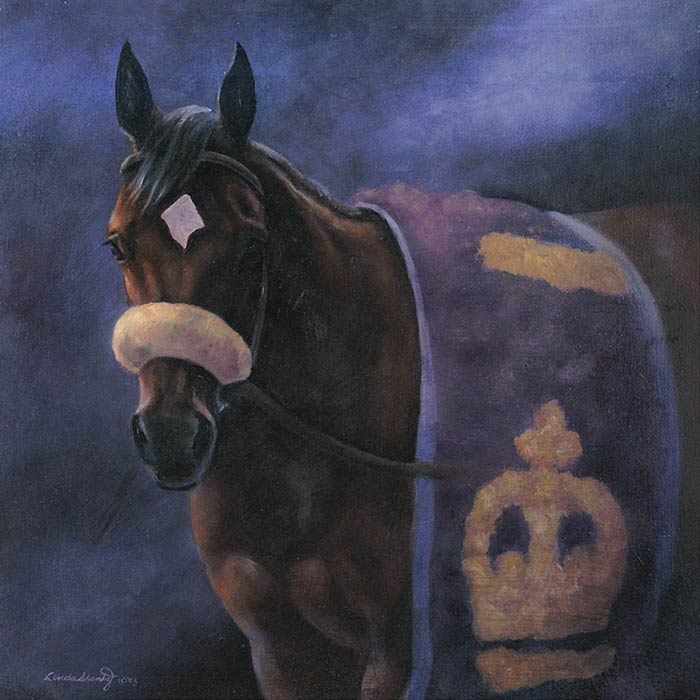 The Queen’s Plate: the longest continuously-run sporting event in North America, and Canada’s most prestigious race. In 1991, a royally-bred filly named Dance Smartly was victorious. Bred and raced by Sam-Son Farms, Dance Smartly went on to win the Canadian Triple Crown, and followed that accomplishment by becoming the first Canadian-bred to win a Breeders’ Cup race. She was voted Canadian Horse of the Year and top three-year old filly in North America after remaining undefeated in eight races that season.
Not only was Dance Smartly a brilliant racehorse – inducted into both the National Museum of Racing and Hall of Fame in Saratoga Springs, NY, and the Canadian Horse Racing Hall of Fame – her success continued after retirement as she went on to produce two Queen’s Plate winners. Sadly, Dance Smartly died in 2007 at Sam-Son Farms, but her legacy remains.
In 2008, Sam-Son Farms and the racing community lost both Elizabeth Samuel, wife of founder Ernie Samuel, and daughter Tammy Samuel-Balaz. This panel is a tribute not only to one of the best horses to come out of Canada, but to the role of these two women in Canadian racing history.